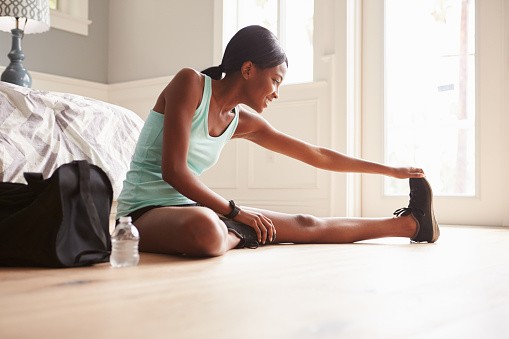 Posted by Matt on 2/1/2017 to Exercise Accessories

If you have already dropped your New Year's resolution to exercise more frequently, you are not alone.

According to a MarketWatch report, we can statistically predict that one-third of people who made a workout resolution have already abandoned their goals. That's only one month into the new year!

Why do we abandon our ambitious goals so quickly?

Health and science writer Carolyn Gregoire of The Huffington Post interviewed diet expert Dr. Roberta Anding, who says that the main reason people don't stick to resolutions is because they have set unrealistic goals.

Anding says it is necessary to take moderate, incremental steps toward losing that weight, eating healthier foods or exercising more.

We have to know our bodies and be realistic about what we are capable of. Maybe it's OK to start off working out once a week instead of five times a week. Or maybe performing calming movements or light cardio exercises is preferable to heavy weight lifting or jogging two miles.

Ray Williams of Psychology Today has written that our habits become wired into our brain and are not easily undone. "Rewiring" takes more than just saying, "On this day, January 1, I will completely change my habitual behavior."

Instead, it is wiser to come to terms with your human weakness and allow yourself some wiggle room from the get-go. Changing habits is a long-term journey that must be accomplished through many small successes rather than one all-out performance.

With these general tips in mind, you can reclaim your New Year's exercise resolution by practicing these tips:

So don't be discouraged. The year is still young. Just tweak your plans a little bit, be flexible and remember that every single success, no matter how small it seems, counts for quite a bit.