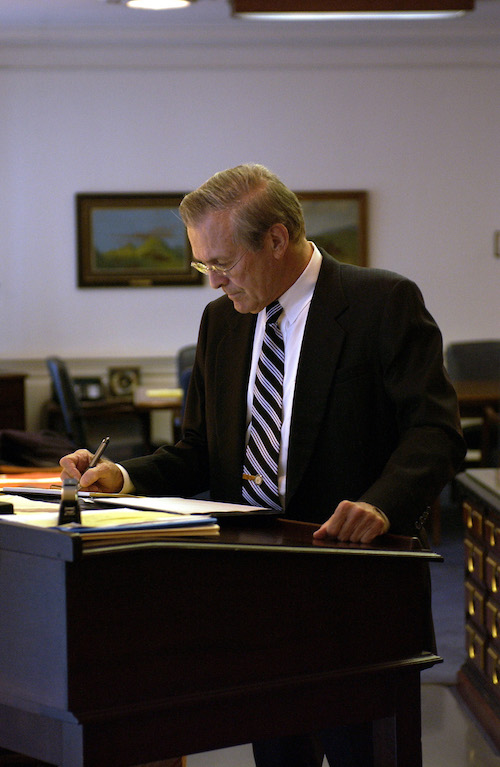 The evidence is in — using a standing desk can decrease your risk for heart failure by 100 percent.

According to an article on Smithsonian.com, a growing body of research, first begun by Mayo Clinic endocrinologist James Levin suggests that people who sit down all day at an office job are at significantly increased risk for many health problems, including obesity, type 2 diabetes and cardiovascular disease.

The solution? A standing desk.

What is a standing desk?

It’s not all that complicated. A standing desk is a desk built to a standing height. It might sound novel, but many highly productive people swear by the practice of using this type of work desk.

For instance, former Secretary of Defense Donald Rumsfeld is known to have used a standing desk in his office at the White House. He claimed to have stood eight to ten hours a day while at work.

Other notable statesmen throughout history have intelligently opted for the standing desk, including Benjamin Franklin, Thomas Jefferson and Winston Churchill. Famous writers like Hemingway and Dickens also make the list of historical figures in favor of this practice.

So standing while working is not simply the newest fad. Rather, the old practice is simply being revived. When the health benefits of this habit reached the news cycles in the past few years, hundreds of employees at Facebook requested standing desks, and Facebook also began looking into work station treadmills that allow users to walk while working at a computer.

Join in on the productivity

Today you can join the growing list of important players who have chosen to avoid the maddeningly unhealthy habit of sitting at a desk all day. 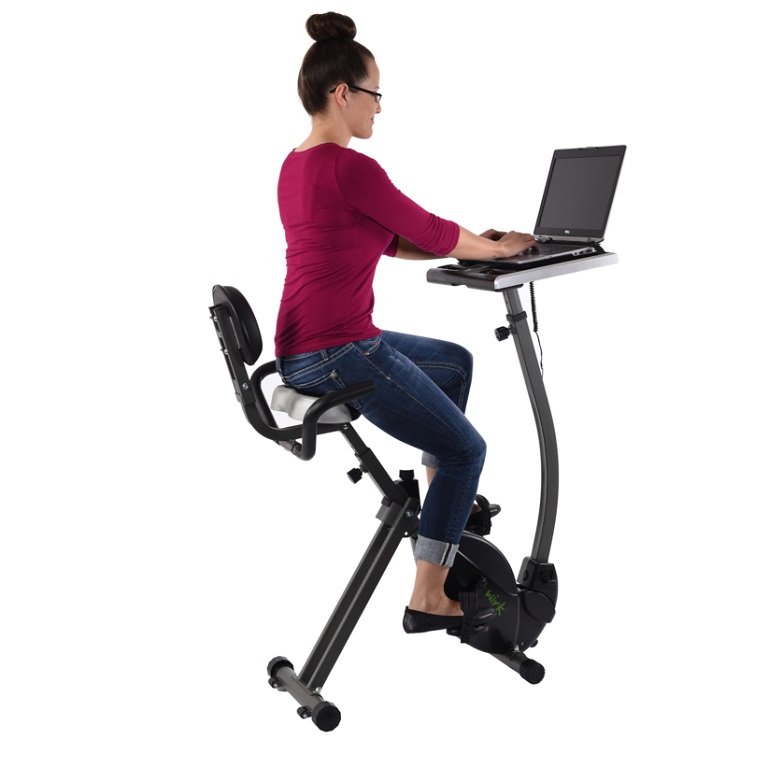 Check out the Stamina WIRK Bike Workstation. It’s not like other standing desks. Similar to the treadmills sought out by Facebook managers, the Stamina WIRK Bike Workstation lets you use the exercise pedals while using the desk to hold your laptop or papers. It also features a tablet holder that pops out of the middle of the desk plus a special cupholder to hold your productive cup of morning Joe.

But there’s even more to this amazing workout product. The Stamina WIRK Bike Workstation can be adjusted by pushing the desk extension slightly back to use while standing upright on your floor surface. This makes it incredibly easy to switch between a neutral standing position, a healthy perched seated position, or a full-on workout position using the bicycle pedals.

Kill two birds in one stone. No more having to go to the gym after work when you spend your work time with the Stamina WIRK Bike Workstation.